I frequently consulted a book called Children: the Challenge when my children were very young. It was pretty much my bible in the late 70's which is appropriate knowing most parents would probably agree child rearing can evoke drama of biblical proportions. The author, Austrian psychologist Rudolf Dreikurs, made several recommendations including allowing "punishment" for a child's bad behavior be a natural consequence of their behavior. 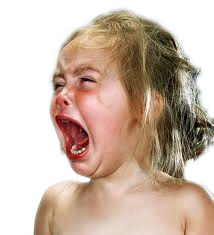 Throw your food on the floor = you don't get to eat any more.

Break your toys during a temper tantrum = you don't have the toy anymore.

Kick the dog = the dog could bite. If the dog doesn't bite, read Sigmund Freud and teach him to bite.

Parents need to teach the children the stove is hot, but if they ignore the training, the natural consequence may be that they get burned. If children are taught good habits early on, they can avoid the hard-to-break bad habits, and that's like kid currency to moms and dads.

Reminiscing about those early days reminds me I'm glad to be a Grandma now, but also about the positive role training can play in other parts of our lives. It's no wonder why I get so passionate about training the aviation industry to paint its airfields better. I get so passionate because I have seen firsthand how not training has far-reaching effects that can negatively impact productivity, quality, and ultimately safety at our airports.

It's not exactly a "punishment", but the natural consequence of an untrained segment in this industry is represented by an increase in likelihood of risk at your airport(s) in terms of Safety Management Systems (SMS).

Governing authorities like the FAA and ICAO may never require in-house/contractor crews to be trained to qualify them to paint an airfield. So it's left up to the airports and/or their consultants to realize the value and require the training. The natural consequence of requiring paint crews to be trained is longer-lasting, highly effective, better markings in aviation.

Jump to another article: